IGF was founded by Ishan’s parents, Mayank and Sejal Gala in September 2008 after the loss of their child to neuroblastoma. Their goal was to bring comfort to families as they battle cancer and support research efforts to create better treatments for pediatric cancer.

Our hand-print logo is a replica of Ishan’s print he left on his bedroom wall. It signifies the impression he left on all of us, and the beginning of a journey to help others fighting this horrible disease. His father Mayank wears a necklace with the foundation hand-print. On the back of this necklace it says “to my beloved son, I will continue the fight until we are reunited again, daddy loves you”.

IGF thanks you from the bottom of our hearts for your continued support in our cause.

IGF is present in the lives of children and families fighting cancer to improve their quality of life during and after the treatment.

Mayank Gala is a local to the Charlottesville, Virginia area. Mayank started his career right out of high school as an area manager for Sunglass Hut Corporation. In 1993 he started his own marketing business and has been self-employed for 17 years. Mayank has also been on the board of several other companies helping them grow to multi-million dollar industries. He is happily married to his wife and celebrated 11 years of marriage this last December.

Mayank is the father to angel Ishan Gala. Ishan was born on August 28th 2006. When Ishan began is battle with neuroblastoma in January of 2008 at 14 months, Mayank and his wife moved to New York to help Ishan fight this life threatening disease. On September 6, 2008 Ishan became an angel. This developed a passion in him to fight so that no other parents ever experience this kind of pain.

Mayank’s first experience with cancer was when he lost his grandmother to pancreatic cancer whom he was very close to. Never did he think that it would come even closer to home.

Mayank recognizes that the parents fighting this battle can become the most important advocates. He hopes his experience can turn his tragedy into one-day someone’s victory.

Sejal Gala came to the US with her family in 1993 from India. She resided in Detroit, MI pursuing a pre-med degree with anthropology major at Wayne State University. She met Mayank in her senior year of college and decided to change the course of her career to join Mayank in his marketing business. Sejal married Mayank in 1998 and moved to Charlottesville, Virginia.

Sejal was Ishan Gala’s mom. Having Ishan was the single most exciting event of her life. In Sejal’s words she was carved out for motherhood. Seeing Ishan fight through the treatment was the most painful and difficult time of her life.

Sejal has also witnessed cancer in her family. Her grandfather at 93 passed to prostate cancer this last year.

Although it is difficult, Sejal has joined and supported Mayank’s desire to start this foundation. Her holistic approach to life is a big plus to the foundations mission for finding a less toxic cure for these children.

Rebecca Wolfe, our charismatic and colorful board member who isn’t too shy to don bright colors, shave her head or be found out on the running trails cheering, or running along side, our wonderful Team Curing Hand participants, Rebecca is definitely the energy ball of the board. With a childlike enthusiasm matched almost as colorfully by fellow board member and spouse, Rich; she developed, implemented and now leads our endurance program that attracts athletes from all around the country who are quite literally racing around the globe. With a heart and passion for children and athletics, she can be found bouncing around our events chatting with guests or quietly working behind the scenes to ensure a successful event. Many hands make light work is her motto and teamwork is definitely a forte that has followed her from the sports fields as a kid, to the military, to business ownership to now a team of committed individuals searching for ways to make difficult times more manageable for families going through treatment with their precious child.

Rebecca has lost several family members to cancer, her father at age 15, her favorite aunt on both sides in her adult years and sadly several others. She has translated that sense of loss into a passion for others, to lend a hand where needed during stressful times where possible and enveloping them into the family via support of the Team Curing Hand members as they race.

She lives by the motto “Alone we can do so little, together we can do much” – Helen Keller

Rich Wolfe has many years of experience leading teams; first as a United States Marine then in the civilian sector after leaving active duty. But even more than those extremely important roles; he is a great leader for the foundation’s endurance program, Team Curing Hand. Tirelessly putting in hours behind the scenes to ensure events are run efficiently, he offers encouragement, advice and support to all the participants who have joined with us in our effort to stomp out childhood cancer.

He would tell you that even a big burly guy cannot remain unaffected by the tenacity and courage of these children fighting cancer and it continues to motivate him to do all that he can to ensure not just a successful program but individual success for the members. Additionally, he brings years of financial and leadership experience to the team; having obtained his MBA through the University of Phoenix and served honorably in the United States Marine Corps as a Staff Non-Commissioned Officer.

Rich lives in Manassas VA with his wife and their furry rescue children.

Anita Smith holds many years of experience in non-profit work and fundraising. After working for eight years at Kluge Children Rehabilitation Center, she has witnessed first hand the thrill of victory as well as the agony of pain of many childhood diseases. Anita is most proud of her service as a Youth Pastor for two different churches while raising a family and continuing to work professionally.

Anita is married to her wonderful husband Lee. She has two grown children, her daughter Stacy and son Clint, both of them married with children, and a stepson Joshua.

One of the most unique qualities Anita brings to the Ishan Gala Foundation is her passion to wipe out cancer – all cancer. Anita has lost her father to Colon Cancer, her mother to Ovarian Cancer and her stepfather to Lung Cancer. In addition, all four of her grandparents have fought some form of cancer and won those battles. At age 36, Anita herself was near death with Stage 4 Breast Cancer, which appeared very quickly and was very aggressive. She fought bravely on what proved to be a long, hard road with many rounds of chemotherapy, no hair for 6 months and many lessons learned. Anita has been in remission for 16 years!

When Anita learned the children with Neuroblastoma receive the same, hard chemotherapies breast cancer patients receive, it was a shock to her. The memories of those days are still all too clear for her. Therefore, when Anita learned she could be a part of finding the cure for this horrible childhood cancer – and in the meantime possibly the cure for other cancers, she was thrilled to offer her services for this Foundation.

Gretel Truong has over 15 years of experience in media, film and non-profit work, with a core theme of bringing to life stories of people around world to drive actions for change. She is a co-founder of A World at School and serves as a Senior Project Manager for the Global Business Coalition for Education, with a mission to provide and protect every child’s right to an education. Through this work, she has collaborated with multiple Nobel Laureates, CEOs, Presidents and Prime Ministers and has lead digital advocacy initiatives in over 50 countries.

Previously, Gretel worked as a media producer in the Washington, D.C. area serving clients such as HBO, Google, Bloomberg LLP, CURE Epilepsy, and the Pickens Plan. She has also covered major events and elections and produced independent short and documentary films.

As a friend of the Gala family for over 10 years, she is honored to be a part of their effort to change the lives of families for generations to come. And as a part of Team Curing Hand, she has run over two 10ks, three half marathons and many more miles than she ever thought she would thanks to the support from the inspiring members of the board and the vision of this foundation. Every step taken is a step closer towards hope for millions of children affected by cancer.

Gretel currently resides in New York City but will always call Virginia her home. She graduated from the University of Virginia with a BA with distinction in Interdisciplinary Studies and also serves on the board of The Grassroot Project.

Ashley is our newest to join our team at IGF. She has a deep passion for helping children have their best chance at life. She always new she wanted to work in healthcare but quickly found that the hospital setting was not her calling. After discovering the Health Science Program at San Jose State University, she finally found her career passion.

She has years of customer service and leadership experience. She has assisted in developing and facilitating many events focused on children. She enjoys spending time with family, reading, especially Maya Angelou, and learning about different cultures. Although new to Pediatric Cancer, she is ready and eager to play her role in changing the future for children with cancer.

We’d also like to give a special thanks to our recurring community partners! 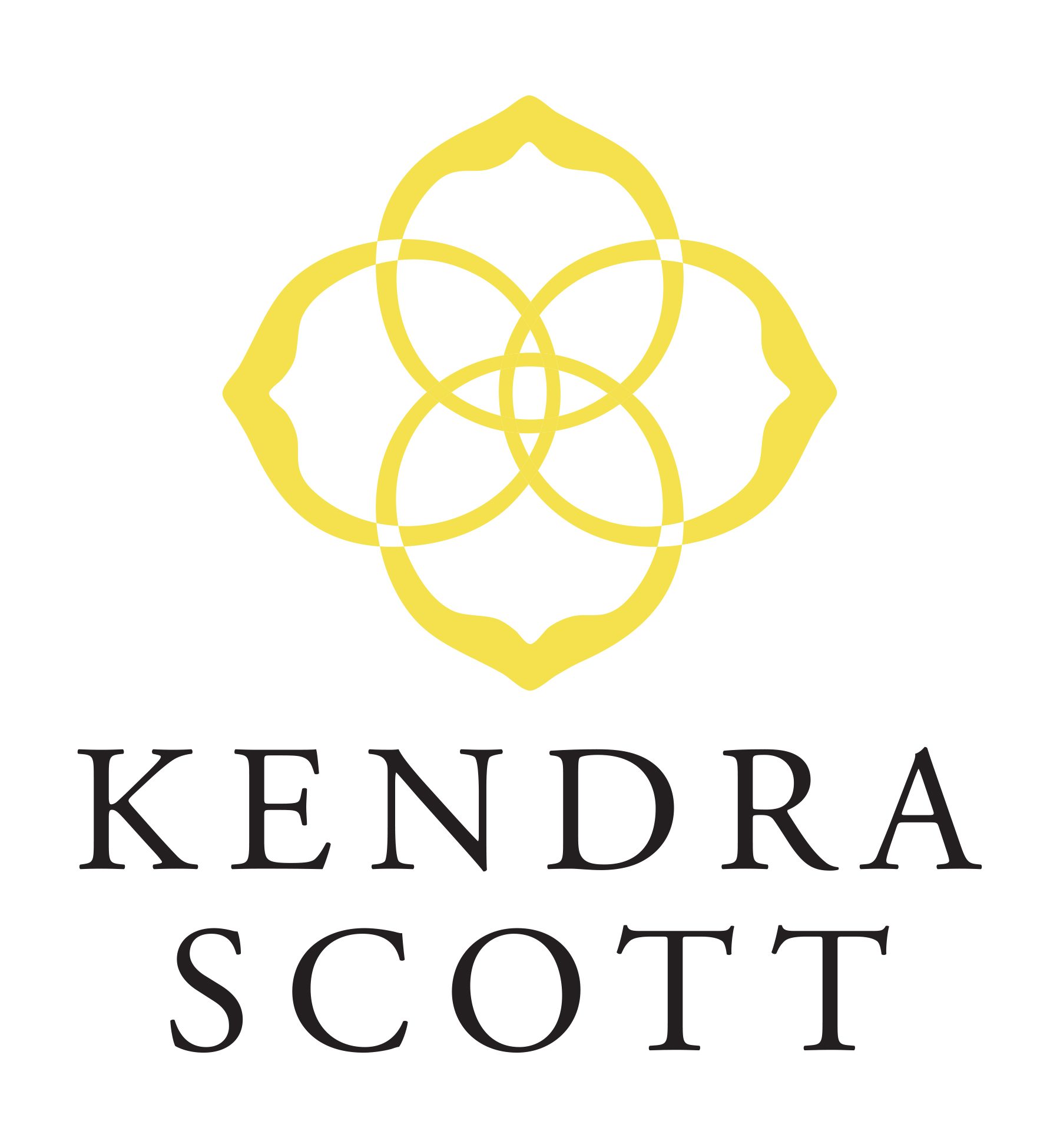